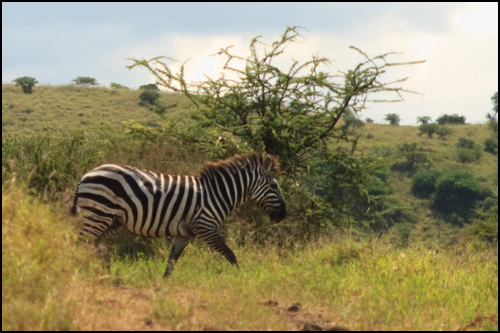 A lot of southern Ethiopia sits in Africa’s famed Rift Valley.  The area is spotted with volcanically formed lakes.  Arba Minch sits between two of the wildest of these lakes, Abaya and Chamo. The pink coloured Abaya is separated from the Chamo only by a thin strip of land called the Bridge of God.

Today we were heading out on Lake Chamo to visit Nechisar National Park.  The calm waters of the lake hid a multitude of toothy creatures that kept me from trailing my fingers in the invitingly cool water.  Crocodiles the size of tree trucks drifted lazily in the sun.  They looked well fed…hopefully not on tourists.  The hippos that hung closer to shore are apparently no less dangerous despite their ungainly, lumbering appearance.

On land, the park was ruled by Burchell’s zebra.  Once they had shared it with lions, but the farmers that also call the national park home had found the lion’s tendency to eat their cattle somewhat bothersome.  With the farmers dispatching of most of the lions, the zebras had flourished.  National parks in Ethiopia are obviously quite a new inception, with regulations, if they exist, being rarely policed. 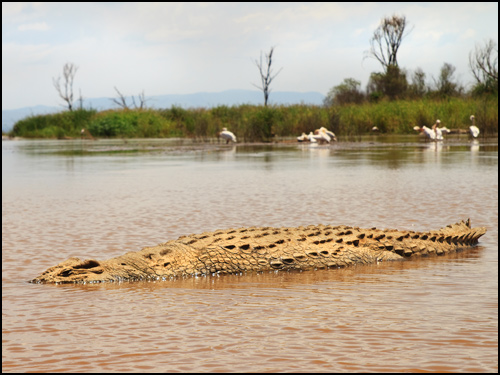 After the morning on the lake, I discovered that my combination DEET/sunscreen, while great at keeping away insects was ineffectual at keeping the sun’s rays at bay.  As the day progressed my skin began to give out a red glow of its own.  Ouch.

My main reason for choosing to visit Ethiopia was to see the some of the tribes that live in the south of the country in an area called the Omo Valley.  For many of them, their lives have remained unchanged for centuries.  I was lucky enough to visit a number of these tribes. 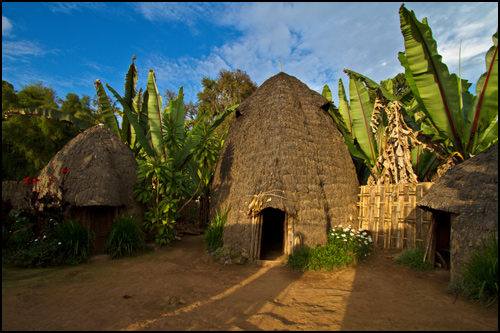 The first of these were the Dorze, living in the Chencha Hills behind Arba Minch.  Their woven beehive style huts are designed to be extra tall, so although they are gradually eaten away at the bottoms by termites, they rarely have to be rebuilt.  The ingenuity of the Dorze also extends to farming techniques.  The hills that they live in are covered by intricate terracing which help reduce the erosion that has become a problem in Ethiopia’s south. They have also started teaching other groups this style in the hope to provide a positive influence.  What I’ll remember most about the Dorze however is their dancing.  With dad beating away on a hand drum, some kids gave an energetic performance of a truly joyful, hip-shaking dance. 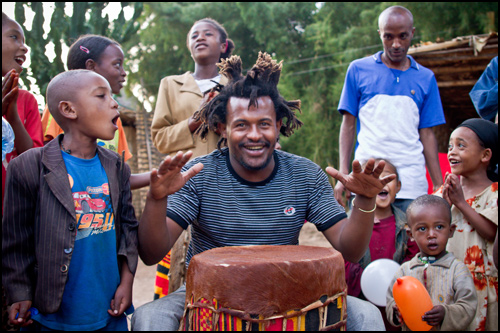 Which reminds me, when passing by children along the roads, they would shout out for empty water bottles, screaming “Highland, Highland, Highland”, the name of Ethiopia’s most popular bottled water.  However, instead of just regular begging, they would drop whatever they were doing, and simply dance.  Over the trip, I was to see many styles of dance – knee knocking, head standing, hopping – in all kinds of combinations.  The kids in this region though definitely had the most rhythm.

We were told never to throw the water bottles from the moving cars though, as there had been some nasty accidents with kids rushing out on to roads.  So we saved our empties to be given out whenever we stopped for a break. 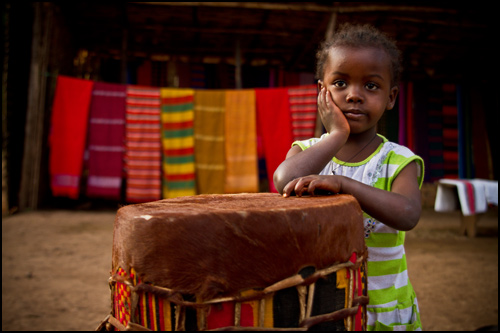