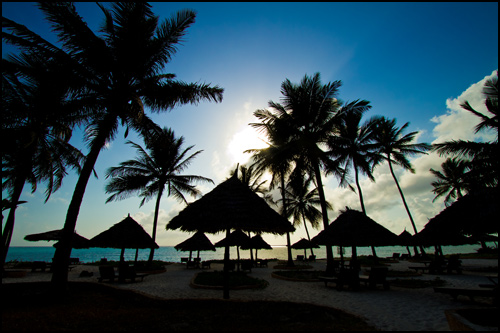 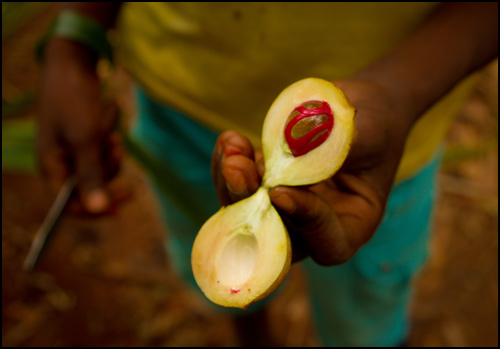 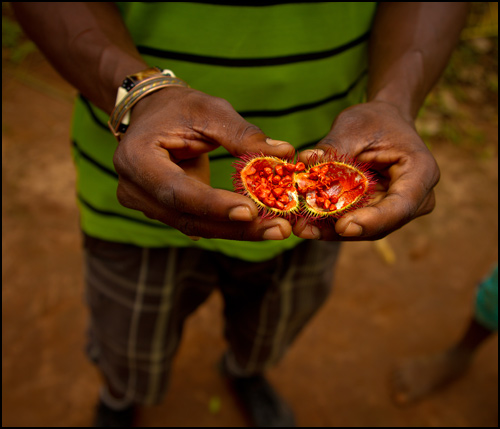 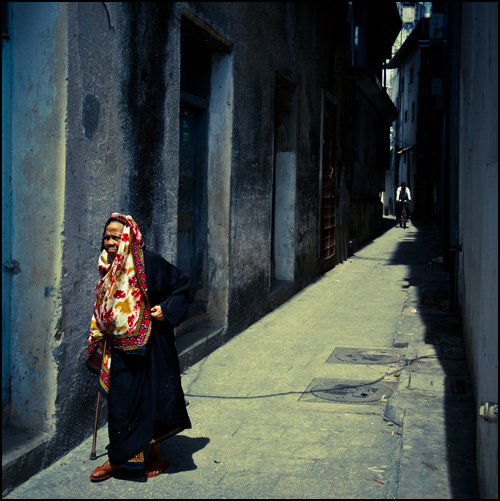 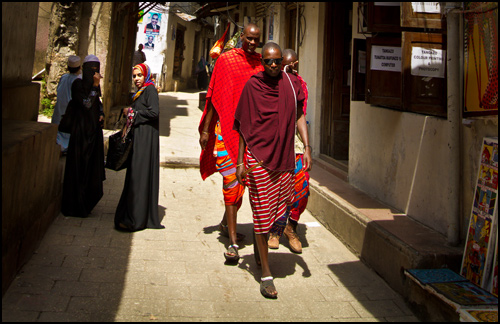 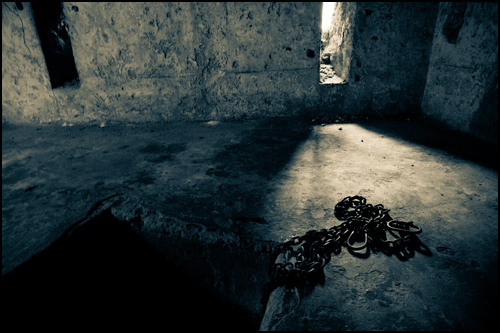 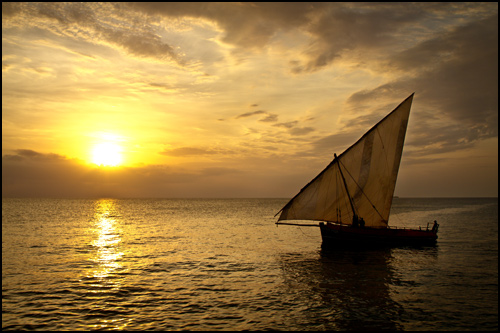 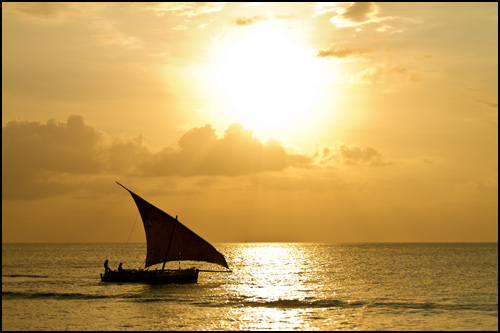 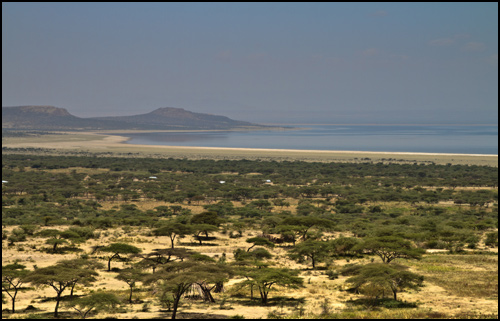 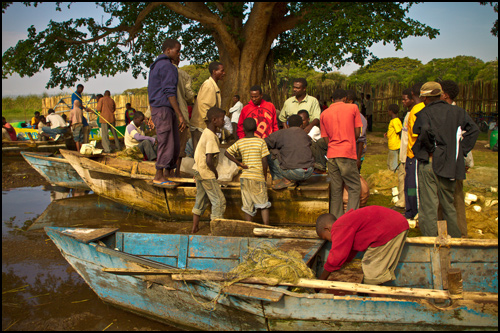 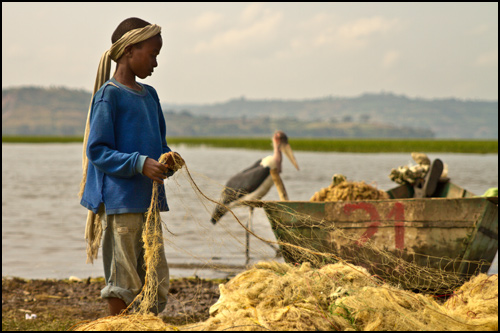 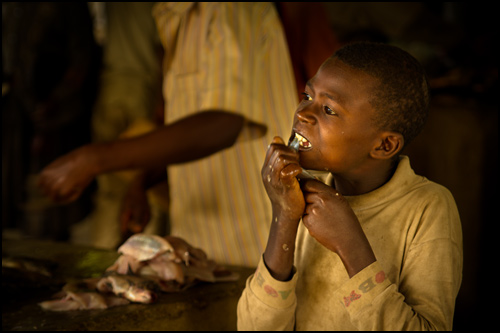 A lack of water in our showers last night made us all consider donning our swim suits to wash in the hotel fountains which were still running.  The problem was fixed though and this morning I could have a luke-warm shower.

We drove down very near to the Kenyan border to visit El Sod, a salt lake in the crater of an extinct volcano.  I sat on the edge of the crater and enjoyed the view while some of our group climbed down to get a closer look at the lake and the men that dive into to collect salt.  I do regret not going as seeing the men work would have been interesting to see, but I really wasn’t feeling well enough for the climb up.  Ever enterprising kids were waiting at the top with bottles of soft drink for the weary climbers.  After many offers of drink from them, and an equal amount of refusals from me, they sat down with me and watched me read, hoping I might just change my mind.  I didn’t, and when the others were visible on the returning path, the kids scampered off to hopefully make a sale of their by now warm drinks.

The houses around Moyale were quite different from other places.  With flat rooves topped with growing grass, they keep cool in the heat.  Luckily, for our visit, the weather stayed cool. 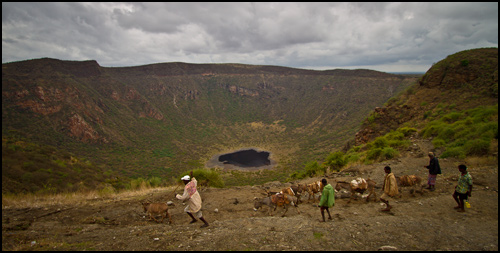 I awoke feeling nauseous thanks to my malaria medication.  It had been causing me troubles throughout the trip, and I was cursing the lack of options available in Japan.  Elsewhere, there are variations available with less side effects, but as I’m living in Japan, no choice.  I had been considering stopping my weekly doses, but Baty reminded me that feeling crappy for a couple of weeks was probably better than catching malaria.  Good point.  I kept taking my tablets…begrudgingly.

Heading east again we stopped near Lake Stephanie to visit our final tribe…the Abore.  As we pulled up, the villagers encircled the car, but at a polite distance.  Many of the kids wore helmet like hats made of gourds.  Combined with “bandoliers” of shells strung across their shoulders, they looked like mini-soldiers ready for battle in some fantasy adventure.  Others had pointillism masks painted over their faces, and the women often wore black scarves on their heads. 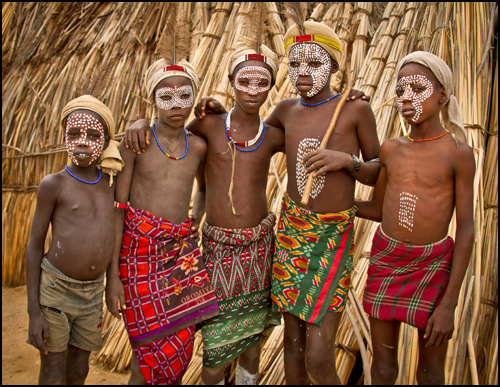 While photographing I got a little overcrowded, and had a dizzy spell that left me reeling for a few minutes.  Some time out, while the others distracted potential photographic models, let me catch my breath, and a sleep and the car afterwards helped immensely.

While not been particular known in Africa for its wildlife, I saw my fair share on the drive as we approached Yabello.  Baboons lounged around in trees, pairs of diks diks – tiny, deer-like creatures – darted for cover under low shrubs, and everywhere were wondrously coloured birds of all shapes and sizes.

We had our first road trouble this afternoon with a flat tyre.  Of course, the drivers were well prepared with a number of spares on each four-wheel drive, so we were on the road again in no time flat. 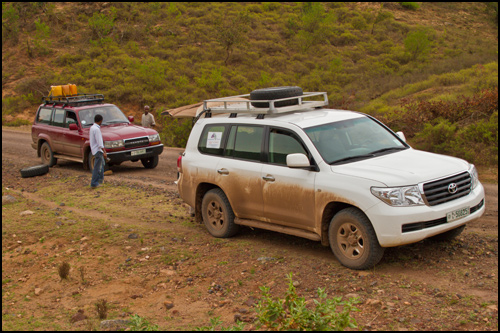 Rain showers left the vehicles muddied, and at one stop we noticed some uninventive kid had written  F#@* Off in Amharic on one of the car doors.  I guess kids are the same everywhere.  In retaliation I asked Baty to write “No Highland Water” instead.  Actually, I think less kids than normal asked us for water bottles that afternoon, so maybe it worked. 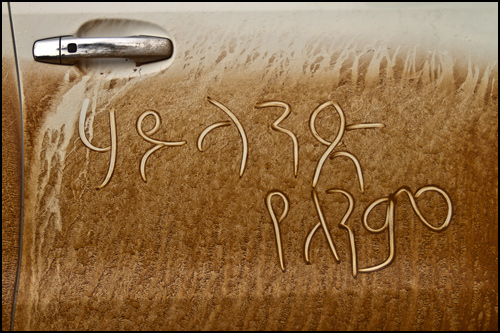